What California Homeowners Should Know About Net Billing & Interconnection Application

The California Public Utilities Commission (CPUC) has recently approved a new way for solar panel owners to receive credit for the energy their installations send to the grid. The new method is called Net Billing, and it will replace the older system called Net Energy Metering (NEM) for those who sign up to participate after April 13th, 2023. Net Billing provides lower electric bill savings for solar owners than NEM.

California home or business owners who want the best possible savings from solar panels still have time to get on the current version of NEM and enjoy a much faster payback on their solar investment. You can receive NEM 2.0 for 20 years if you sign a contract with a solar company and have them file a complete, non-deficient interconnection application on or before April 13th, 2023. The installation must be completed within three years.

We are happy to assist you with your Interconnection Application. To take advantage of lower rates, applications must be submitted by April 13th. Panels do not need to be installed by deadline. Contact us to lock in lower rates.

Again, the rules above will apply to customers who submit an application for interconnection after April 13th, 2022. You still have time to get on NEM 2.0 if you apply before then, as long as your installation takes place within 3 years of the application date. When the Net Billing Tariff takes effect, it will establish the following rules:

Save with Apex Solar. We can help with your Interconnection Application

Get a free estimate and take advantage of lower rates before the April 13th deadline. Contact us and we’ll be happy to answer any questions about your project and the Interconnection Application process.

Get my free estimate

Under Net Billing, people who want to install solar on their California home would be required to sign up for a “highly differentiated” Time of Use (TOU) rate, a special rate plan under which electricity is very expensive during the times of the highest grid usage, and much less expensive at other times.

The Net Billing decision lists one TOU rate from each of the three main utilities that currently meet the criteria. In the future, the CPUC will allow utilities to come up with new rates that meet its requirements.

Compared to other rate plans, the ones listed below include slightly increased monthly minimum charges and highly differentiated rates. Importantly, people with lower incomes who qualify for the California Alternate Rates for Energy (CARE) and Family Electric Rate Assistance Program (FERA) programs must also switch to these highly differentiated rates if they install solar panels, but they will retain those programs’ energy price discounts.

Here are the plans currently approved for Net Billing:

When a rooftop solar panel system operates, the electricity it makes is first used to run appliances and devices at the location where it’s installed. Often, the output of a solar system exceeds its owner’s needs at any given time, and the excess electricity is exported to the grid and measured in kilowatt-hours (kWh).

Under the Net Billing Tariff, any electricity used by the owner reduces their bill by the full retail cost of energy during the TOU period in which it’s used. But the value of excess solar energy sent to the grid is designed to match the value it provides to the grid.

So, how much you earn for solar energy sent to the grid will be different for every hour during a given month and will also vary depending on your utility. The utility uses a complicated set of calculations called the Avoided Cost Calculator (ACC) to determine exactly what those values will be.

Trying to keep track of those rates can get pretty complicated. Luckily, our friends at the California Solar and Storage Association have calculated the average value of exported energy over the course of a year for each of the three utilities. Here’s what they came up with:

As you can see, those values are much lower than the TOU retail prices shown above. Remember, the values above are averaged across a whole year for a typical home solar system. 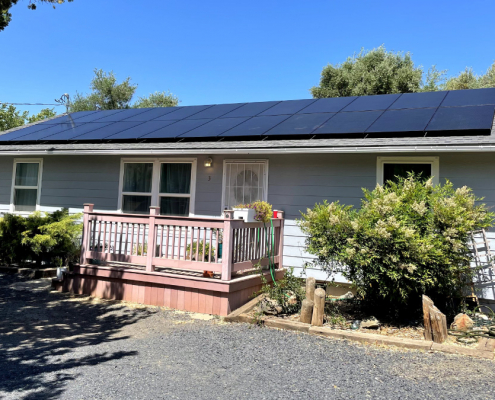 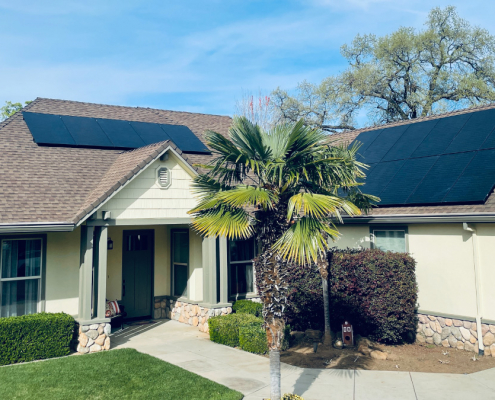 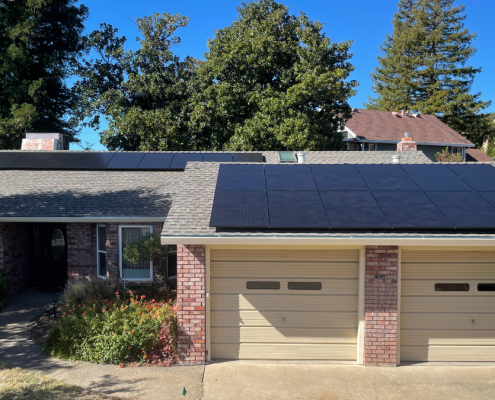 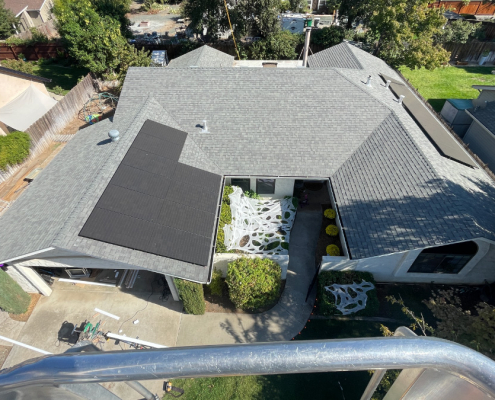 It would be too difficult to list out the ACC values for every combination of utility, month, and day, but here are some general rules:

The final goal of the Net Billing tariff is to encourage new solar owners to add a battery alongside their solar panels to avoid getting paid very little for exporting energy to the grid.

But batteries aren’t quite cheap (or available) enough for them to make financial sense yet, and the switch from NEM to Net Billing would mean a solar installation in California would be a far worse investment after April 13th, 2023 than before.

That’s why the CPUC came up with the ACC Plus, which adds a small amount to the value of every exported kWh from a solar system for residential solar owners in PG&E and SCE territory. The ACC Plus is designed to keep a solar installation relatively economical during the first years of the Net Billing Tariff, so the solar industry doesn’t lose jobs. It will likely not be successful in achieving that goal.

The adder will be paid to the system owner in a separate line item on their monthly utility bill for 9 years following the date of interconnection.

Here are the ACC Plus values for customers who apply and interconnect in the first year of Net Billing:

The CPUC designed the ACC Plus to allow for a simple payback period of 9 years or less for a Net Billing customer. Their calculations show that an SDG&E customer would already see payback in less than 9 years without an ACC Plus adder, so they didn’t set one in that area. The CPUC also declined to set an ACC Plus incentive for commercial solar owners.

Incentives for low-income and disadvantaged communities

As shown in the above table, the ACC Plus is increased for certain low-income homeowners. The CPUC identified three groups of people who would be eligible for the expanded ACC Plus:

People in these groups receive the increased ACC Plus adder, which may help them pay back the cost of a solar installation more quickly. In addition, new funding for low-income solar+storage incentives is likely to come in July of 2023 (subject to legislative appropriations happening later this year). Those incentives would improve the financial return of a solar and battery system for qualifying households, meaning a payback period shorter than 9 years.

When a customer signs up for a Net Billing rate, they will receive the ACC Plus adder for 9 years following their date of interconnection, unless they sell or transfer their home to a new owner who is not their current or former spouse.

The value of the ACC Plus adders will decrease by 20% of the initial amount at the beginning of each calendar year for the first 5 years of the program. For example, a new Net Billing customer in PG&E territory who signs up in 2024 would receive a $0.0176/kWh ACC Plus payment for their first 9 years of participation.

How the changes will affect solar savings

Under NEM 2.0, solar owners save close to the retail rate for every kWh of solar energy their system generates, no matter how it is used or exported. This arrangement has allowed for solar payback times of 4 to 7 years for most people, making investing in solar a no-brainer for California homeowners. The rate of return on a solar investment in California is 20% or higher in most cases, making it much better than other kinds of investments.

Under Net Billing, a solar owner can actually save the full retail rate for electricity they use themselves. They will need to add a battery if they want to use more of their solar electricity, they will need to add a battery. What Net Billing accomplishes is making the payback time period for solar plus batteries similar to the time period for standalone solar.

The problem is the payback time for standalone will be worse under Net Billing. The average payback time for solar+batteries and standalone solar will both end up around 9 years, with a rate of return of around 10%. Basically, if you have to get Net Billing, find an installer who will add a battery to your system and enjoy the peace of mind of having some backup storage, even though you’ll have a worse return on investment.

That’s still a respectable level of savings from solar—some people in other states would really love to see a 10% return on a solar investment! But it’s not nearly as good as NEM 2.0 is now.

Billing, true up, and legacy period

Under NEM, solar owners can see an ongoing tally of their usage, bill credits, and exports, but they are not required to pay their bill every month. Instead, once per year, all the usage and solar credits are added up, and the customer receives an annual “true-up” bill that shows either how much they owe for the whole year or a credit balance for the difference. That system will change slightly with Net Billing.

Under Net Billing, a customer’s bill will be due every month. It will include a minimum monthly charge that solar credits cannot offset and either a charge or rollover of extra Net Billing credits.

Every year there will still be a true-up statement, and the value of any leftover kWh credits will be calculated at the Net Surplus Compensation Rate, which is maintained by each utility. The true-up date is 12 months after interconnection by default, but a customer can request a one-time change to their true-up date (it’s best to choose a late-winter month when the likelihood of having leftover energy credits is very low).

Bottom line: why you should get NEM 2.0 if you can

If you’ve been considering installing solar panels in California, you don’t have much time left to get the best deal around. The CPUC has set a deadline of 120 days after the final decision for the utilities to stop accepting interconnection applications under NEM 2.0, so you have until April 13th to file.

If you have the means, don’t miss out on NEM 2.0. Solar is currently twice as good of a financial investment than it is likely to be under Net Billing.

Again, you don’t need to have your solar panels installed by the deadline; you only need to have a complete, non-deficient interconnection application submitted by that date. If your application is submitted in time, your installer could take up to 3 years to complete the installation, and you’d still get to stay on NEM 2.0 for 20 years following the final interconnection date.

One thing is certain: electricity costs are going to keep going up. Over a million people have already installed rooftop solar panels in California, and they’ve been enjoying the benefits of reduced energy bills at a time of record price increases from the utility. Join them if you can.

Get a free estimate and start saving today!

With over 30 combined years of electrical and solar experience we are excited to bring you the highest quality service, with prices that won’t break the bank. Contact us today for a free estimate.